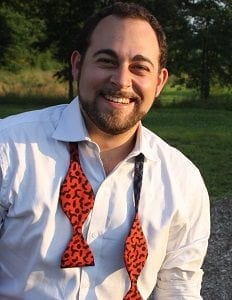 Tenor Lucas Levy from Lexington, Massachusetts makes his debut with St. Petersburg Opera as the four Servants in Les contes d’Hoffmann, and later this season will appear as Rapunzel’s Prince in Sondheim’s Into the Woods.

While appearing in Tosca with PORTopera, The Portland Press Herald singled out his performance, saying, “Levy brought a sadistic edge to Spoletta, a henchman of Scarpia’s who is usually not worth noting.”

Levy returned to PORTopera in the summer of 2016 to sing Le Remendado in Carmen, while covering the leading role of Don José. He most recently spent the 2015-2016 season with Sarasota Opera, where he performed the role of Araldo in Verdi’s La battaglia di Legnano, the final opera of Sarasota Opera’s 28-year Verdi Cycle. For their Verdi Grand Finale Concert, Levy was one of the few select soloists chosen to participate.

He has participated in young artist programs with Sarasota Opera, PORTopera and Opera Theatre of Saint Louis. Levy received his Bachelor of Music degree from Oberlin Conservatory, and his Master of Music degree from Westminster Choir College. He currently resides in New York City.  SPO is thrilled to welcome him back.