Into the Woods by Stephen Sondheim

Stephen Sondheim’s
Into the Woods 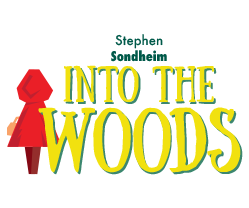 Performed fully staged with the original full and unamplified orchestration

BE CAREFUL WHAT YOU WISH FOR

As the result of the curse of a once-beautiful witch, a baker and his wife are childless.  Three days before the rise of a blue moon, they venture into the woods to find the four things that will reverse the spell: One, a cow as white as milk; Two, a cape as red as blood; Three, a slipper as pure as gold; and Four, hair as yellow as corn.

During the journey, they meet Cinderella, Little Red Riding Hood, Rapunzel and Jack of the beanstalk fame, each one on a quest to fulfill a wish of their own.