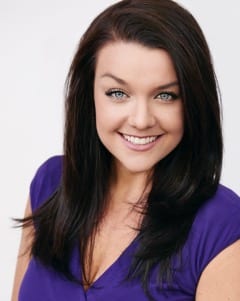 Juliana Curcio, is pleased to be making her St. Petersburg Opera debut as La Suora Zelatrice in Suor Angelica. She was last heard as the role of the 3rd Lady in Mozart’s The Magic Flute with Brott Opera, marking her Canada debut. This past spring she was honored to be the Mezzo Soprano soloist for the inaugural concert of the Penn Square Music Festival. The previous fall, she made her Anchorage Opera debut singing the role of Maddalena in Rigoletto and was a Finalist in the Edward Murray Vocal Competition with Ithaca Opera. She was a Semi-Finalist in the Francisco Araiza International Vocal Competition in Hermosillo, Mexico. She was a Semi-Finalist in the Brava! Opera Theatre and James Collier Young Artist competition as well as the Mezzo-Soprano First Place Winner in the Riverside Opera Company of NYC vocal competition. Juliana was a Resident Artist with Pensacola Opera, performing the role of Kate in The Pirates of Penzance. In 2014, she made her Chelsea Opera debut as Marla in Henry Mollicone’s Emperor Norton. Juliana also performed extensively with Central Florida Lyric Opera, Her credits include, Rosina in Il Barbiere di Siviglia. Liesl, The Sound of Music, 2nd Lady The Magic Flute. She also performed in a Verdi Concert Tour in Milan, Italy.

Juliana earned her M.M. in Vocal Performance at The Manhattan School of Music. She obtained her B.M. and B.A. in Vocal Performance and Music Education from the Crane School of Music at SUNY Potsdam. Juliana continues to perform extensively. Her credits include Suor Zelatrice in Suor Angelica, Siebel in Faust, L’enfant in L’enfant et les sortileges , Cherubino in Le Nozze di Figaro, Dorabella in Così fan tutte and the title role in Carmen.