St. Petersburg Opera Company is delighted to announce the first ever DVD recording of the Carlisle Floyd opera Susannah, with Maestro Mark Sforzini and starring Susan Hellman Spatafora and Todd Donovan.  Filmed in 2014 at the Palladium Theatre in St. Petersburg, Florida, the DVD includes bonus materials including an interview with composer Carlisle Floyd and backstage video.

Carlisle Floyd is one of America’s foremost composers. Though he has also written in other forms, he is renowned for his operas, for which he also writes the libretti. The most famous and popular is his third opera, Susannah, premiered in 1955 and the second most performed of all American operas. Updated and set in Tennessee, it is loosely based on the Apocryphal tale of Susannah and the Elders. The work is rooted in vernacular folk melodies and hymns and contains soaring melodic beauty.

“When I think of the time and effort I now expend on creating a full-length opera, usually two to three years, I shake my head in recalling that I wrote Susannah’s libretto in ten days and completed the music in about three months. I can only say that it was the impetuous, heedless confidence of a 28-year-old, a neophyte in a fascinating but uncharted world, guided only by a deeply felt conviction that I could write words and music for the theatre.” 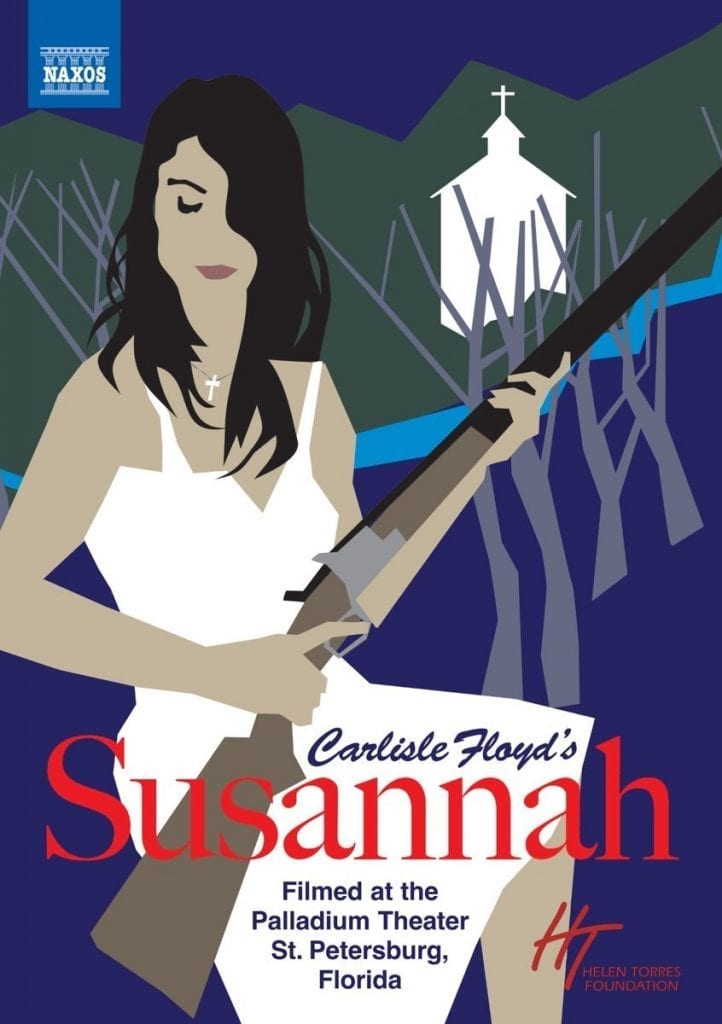 And the singing, you ask? All too often anymore, in approaching any venue less than a major international opera house (and even many of those nowadays—Bayreuth, anyone?), opera goers brace themselves in expectation of hearing mediocre to poor voices, afflicted with wobble, scooping, poor breath support, iffy intonation, and so on. Well, many major companies would count themselves blessed to have a roster of soloists and comprimario singers of the caliber fielded here.

As Susannah, Susan Hellman Spatafora is well-nigh ideal, with a ravishingly beautiful, pure, ample soprano, technically secure in every way and interpretively fully immersed in every nuance of her role. As Olin Blitch, baritone Todd Donovan is lighter and less imposing of voice than bassos such as Norman Treigle and Samuel Ramey who made the role their own, but after the first scene his timbre darkens and he inhabits the part with the inside familiarity and realism that his extra-operatic ministerial calling provides. Tenor Anthony Wright Webb offers a firmly sung and acutely characterized Sam; Scott Wichael is an effective Bat McLean, if perhaps a degree less demonstrative than the norm and a bit stressed in his high notes during the final scene. Quite remarkably, all eight singers in the smaller roles of the four elders and their wives have well-schooled voices that would be a pleasure to hear in much larger roles as well. The chorus and orchestra acquit themselves with honors, and conductor Mark Sforzini leads an exceptionally effective account of the score that enabled me to hear numerous instrumental details that heretofore had escaped my notice.

Finest among the soloists is Todd Donavan as the lusty Reverend Olin Blitch. Donavan is the most experienced of the singers, having sung Scarpia, Leporello, and the four Hoffmann villains with the company, and it tells. His voice is a grand bass baritone, solid from top to bottom, and he acts up a storm, whether preaching or seducing. I was not surprised to read that his other job, when he is not singing, is as a Baptist pastor. The remainder of the cast–a particularly fine quartet of the gossipy, judgmental wives of the Elders–is very good, and the chorus, with plenty to do, is mightily impressive. So, I might add, is the 35-member orchestra, all of them under the passionate direction of Mark Sforzini. The composer was in attendance for the performance, and a bonus track offers a fascinating interview with the charming 87-year-old Floyd, who talks about the genesis of the opera and the McCarthy era and its scapegoating.

This is the only video available of the work, and it is most welcome! 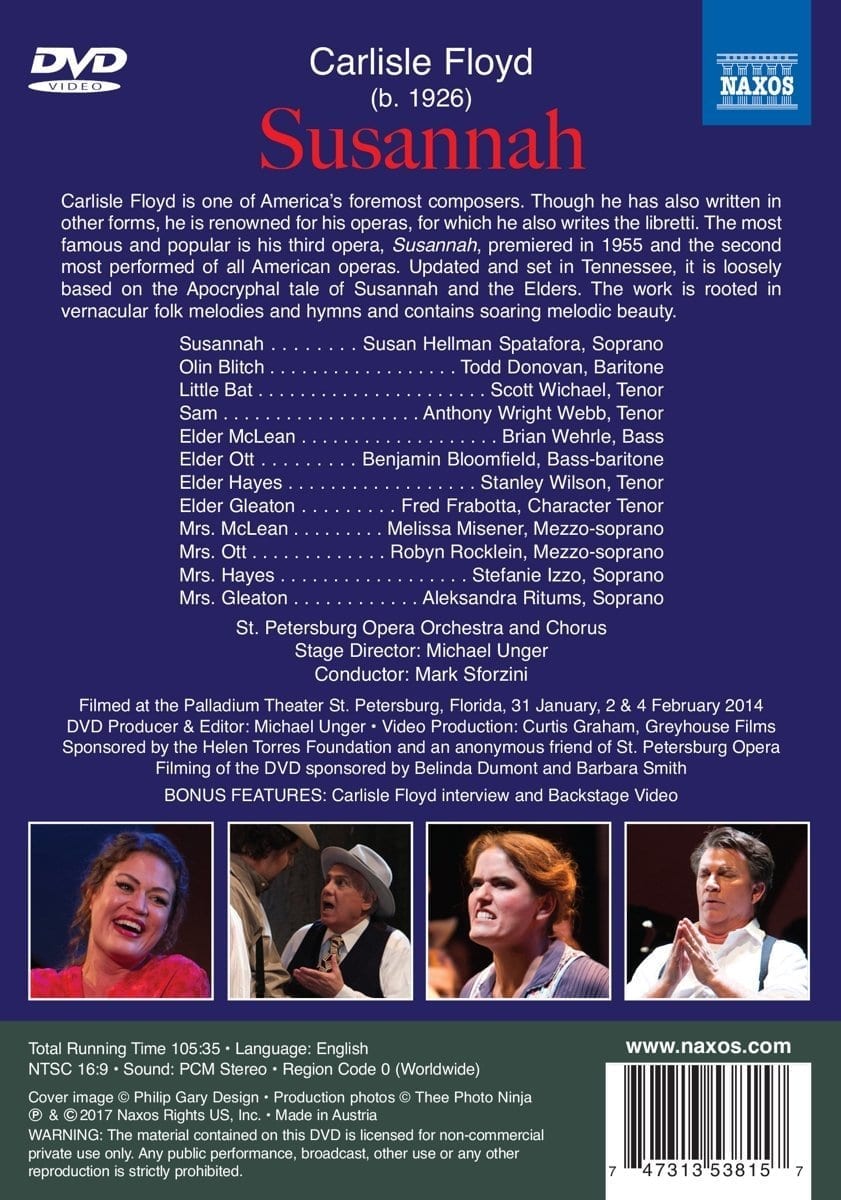