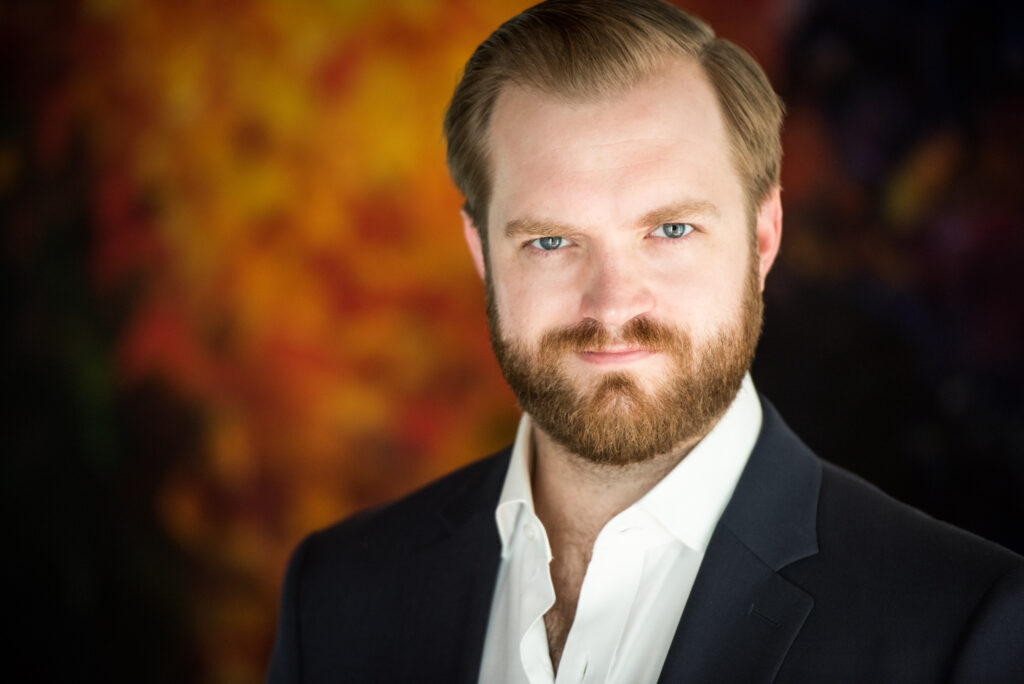 Originally from Purcellville, Virginia, baritone Alexander Boyd was incredibly happy to return to the stage this season with two Rossini farces at Sarasota Opera, where he “fully captured the strength” of the miner Tarabotto in L’inganno felice, then transformed into the “crotchety, complaining and quite direct” Il Signor Bruschino (Sarasota Herald Tribune). Previous roles with the company include Moruccio in D’Albert’s Tiefland, Monterone (Rigoletto), Le Dancaire (Carmen), and Haly (L’Italiana in Algeri).
Last fall, Mr. Boyd performed on a recorded concert of Wagner arias presented by Jane Eaglen for Pittsburgh Festival Opera, where he previously created the roles of Robert Redgate and King Kittypuss in their 2019 world premier double bill of Mr. Rogers’ Operas, as well as playing Donner in their reduced presentation of Das Rheingold. In 2017, he made his international debut in Cyprus, performing King Melchior (Amahl and the Night Visitors) with Kyrenia Opera. On the more modern side, he performed Jensen in a revival of Jeeyoung Kim’s 2012 opera From my mother’s mother at Flushing Town Hall in Queens, recorded scenes for John Young’s 2019 opera The Death of Ivan Ilych, and played Jess in Carlisle Floyd’s rarely performed Slow Dusk, with the Little Opera Theater of NY.
Mr. Boyd has received scholarships from both the Bradenton and Sarasota opera guilds in Florida, placed second in the New York Lyric Opera’s 2016 vocal competition, and was a semifinalist in both Opera Tampa’s 2019 D’Angelo young artist competition, and the Mildred Miller 2018 vocal competition.