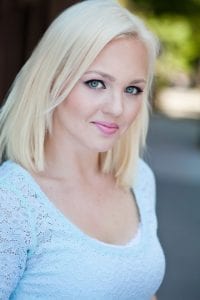 (Valencienne) Canadian-American actress Catie Shelley is known for her stratospheric coloratura and effervescent stage presence. Ms. Shelley has made an international career performing across Canada and the United States. Recently, Catie reprised the role of Glinda in The Wizard of Oz and the role of Mrs. Pinkerton in Pinkalicious with Vital Theatre Company after returning from the national tours of Pinkalicious and Flight School the Musical and joined the cast of New York City Opera’s production of Stonewall. Additionally, Catie performed in the premiere performance of Broadway Around the World at Green Room 42 and made her début at 54 Below. Upcoming, Catie sings the role of Valencienne in The Merry Widow with St. Petersburg Opera.

Off-Broadway and regional credits include Miss Dorothy Brown in Thoroughly Modern Millie with St. Mark’s Basking Ridge, Cora in Little Mary Sunshine and Whoopee with Musicals Tonight/Theatre Row and Trudy in Hollywood! Hollywood! With Write Act Repertory. A true crossover artist, Catie performs a variety of operatic repertoire; career highlights include the role of Queen of the Night in The Magic Flute with Halifax Opera Festival and Opera New Jersey, Phyllis in Iolanthe with Filbert and Sullivan Society of Nova Scotia, Cupid in Orpheus in the Underworld with St. Mark’s Basking Ridge, Marie in The Daughter of the Regiment with Lang Recital Hall, Fairy Godmother in Cinderella with Black Box Theatre, Susanna in The Marriage of Figaro with the Frederick Loewe Theatre, and Greta in Street Scene with Skirball Center for the Performing Arts.