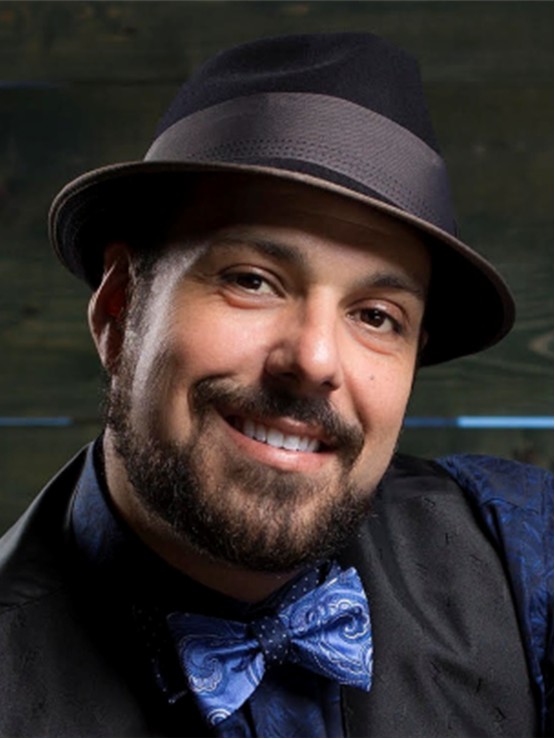 Chris Romeo, Tenor, has grown his voice right here in the Tampa Bay area.  He was born in New Jersey, but he grew up in England, UK, North Carolina, and Miami. Chris began learning and playing the trumpet in sixth grade at the age of twelve, and this is when he hit upon his musical talents. He continued with trumpet into his college years.  Mr. Romeo moved to Tampa in 2004, and in 2007 he discovered his voice at the University of South Florida, receiving both bachelor’s and master’s degrees in Vocal Performance.
Chris first began performing with St. Petersburg Opera Company in 2011 in Madama Butterfly, and since has performed such roles as: the First Philistine from the Saint-Saens Samson et Dalila; Don Curzio from Marriage of Figaro by Mozart; Toby from The Medium by Gian Carlo Menotti; Rocco in SPO’s Neapolitan Festival; numerous understudy roles in the SPO Emerging Artist Program; SPO opera chorus tenor section leader; SPO Operators acapella group; SPO Operatinis acapella group; and several POPera performances.
Chris recently returned to school to study Music Therapy at St. Mary’s of the Woods. In addition to his career in performance, Chris’s work in palliative care and end of life process will allow him the opportunity to use his multiple music talents to support and give back to the community.