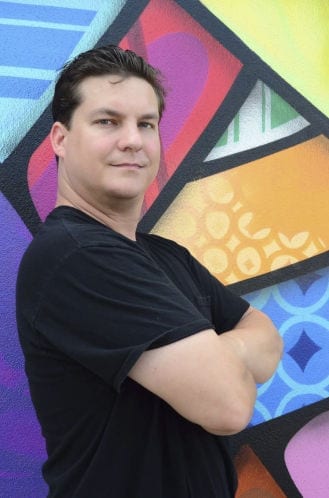 Jason Miller, musician and beloved member of the St. Pete Opera family, was tragically killed in a car accident on December 10th, 2016. Jason sang in both the tenor and baritone sections in the SPO chorus since 2014, and was one of our most loyal and dedicated choristers. Jason always said that SPO was his family and he was “at home” here. He has also been an Emerging Artist with SPO. He played Stewpot in South Pacific, covered a role in Putting It Together and was under contract to cover Jack in the Season 11 production of Sondheim’s Into the Woods. He was so excited to be covering Jack and working with SPO; Jason would often linger behind at the end of rehearsal and softly say, “Maestro, is there anything you need help with?”

Jason was bright and skilled in other ways, too, teaching music lessons at his own Gulfport Music Studio, singing as the section leader at St. Wilfred Episcopal Church in Sarasota, and composing original works. Jason had conducting ambitions, and was instrumental in assisting Maestro Sforzini with preparing orchestral parts for the December 2016 production of Seasonal Sparkle. A respected music teacher, Jason generously donated his time, talents, and diverse collection of musical instruments to the St. Pete Opera Express musical petting zoo.

Jason was an emerging talent who had only recently chosen to pursue his passion for music as a full time career. In his memory, St. Petersburg Opera has established the Jason Miller Memorial Chorus Fund to increase chorus stipends for young, professional choristers in financial need, who embody Jason’s musical promise, his eagerness to learn, and his dedication to the pursuit of great artistry. The fund will benefit multiple singers each season.

To support the Jason Miller Memorial Chorus Fund, please CLICK HERE TO DONATE. Thank you for helping us keep Jason’s spirit and love of music alive.