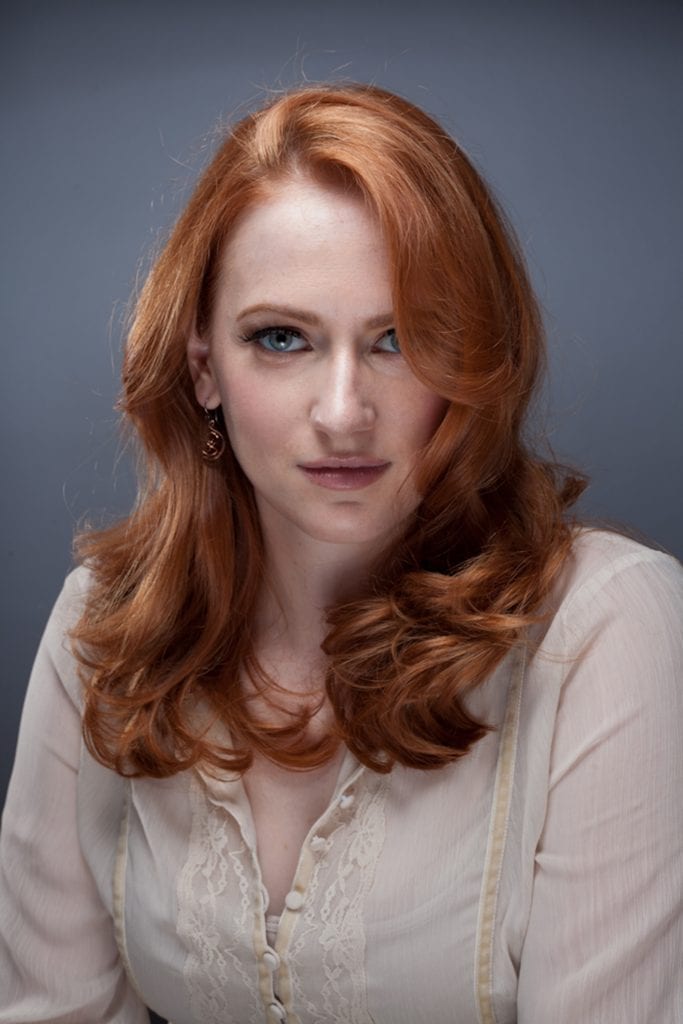 (Hanna Glawari, the Merry Widow) Soprano Kelli Butler is no stranger to the stage, whether in opera, recital, or musical theater. A child from a military family, Kelli was raised in a multitude of locales, including Germany and the Eastern US, where her love of opera blossomed at an early age.

Kelli made her St. Petersburg Opera debut to critical acclaim as die Königin der Nacht in Die Zauberflöte (“Kelli Butler adds a critical leg to the casting as the queen, culminating in a jaw-dropping coloratura performance of one of the most difficult arias ever written, ‘Der Holle Rache (The Revenge of Hell).’” –Andrew Meacham, Tampa Bay Times). Previous roles with New Rochelle Opera include Adele (Die Fledermaus) and Musetta (La Boheme), and concert excerpts of Cunegonde (Candide), Gilda (Rigoletto), and Sophie (Der Rosenkavalier); with Underworld Opera as Riccardo (Il trionfo dell’onore) and Dinah (Trouble in Tahiti); and with Trilogy Opera as the D.A. in the world premiere of Anthony Davis’s Five, based on the Central Park Five case. She has also appeared as The Lady of the Lake in Spamalot for the Curtain Call Theater, and sung at the Phoenicia International Festival of the Voice in their Voices of Distinction series.

Kelli studied at the Purchase College Conservatory of Music and apprenticed with Bel Canto at Caramoor, where she appeared in their opening night performance of A Midsummer Night’s Dream and was a featured soloist in the Caramoor Young Artist concerts. In the 2008 Altamura/Caruso International Opera Festival, she placed as a finalist and portrayed Valencienne in the The Merry Widow, under the baton of famed conductor Maestro Anton Coppola. She continues her vocal studies with Metropolitan Opera mezzo-soprano Shirley Love and acclaimed Canadian soprano Susan Eichhorn Young.

Kelli also tweets and creates content under her ‘Opera Geek’ brand. She is an active member of the gaming community, appearing regularly on Twitch playing Dungeons & Dragons and streaming videogame playthroughs. She currently resides in New York with her husband Justin and their highly illogical cat and dog, Bones and Scotty.