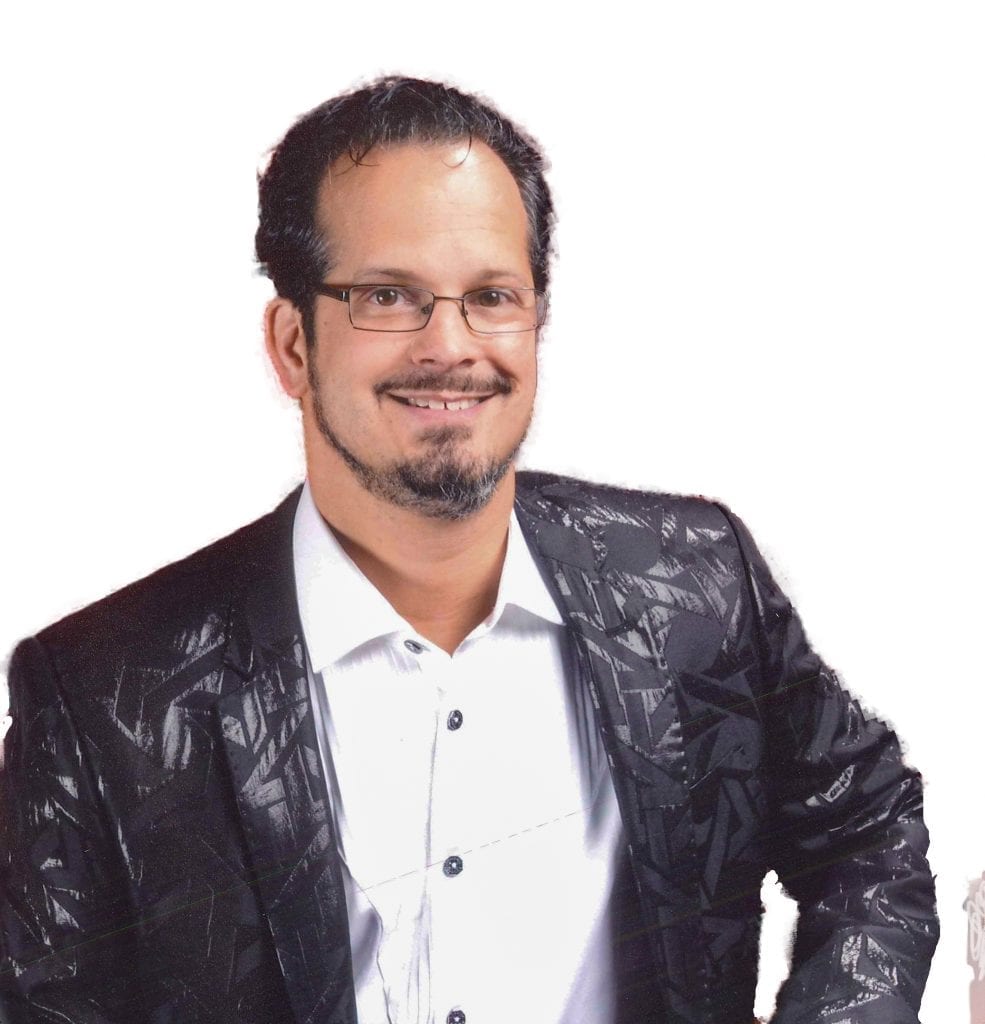 Now in its 15th season, St. Petersburg Opera Company is firmly rooted in the rich landscape of one of the most exciting, culturally-vibrant areas of Florida! Because of the talent, tenacity and artistic vision of Maestro Mark Sforzini, what modestly started out as “the little opera company that could” became, within its first season, a performing arts powerhouse, where the finest professional singers, the best musicians and the most creative craftspeople come together to make magic, every time.

So he built it. And they came.

Sforzini is not merely a visionary leader who established an innovative and successful nonprofit business (although he is, and he did). He is a composer whose orchestral and chamber works have been commissioned and Performed by the Florida Orchestra, Tampa Bay Symphony, Alabama Symphony, Omaha Symphony, Eastern Music Festival, Toledo Symphony Orchestra and numerous others. He has written and produced a number of one-act opera and music programs based on operatic repertoire, and using professional singers and orchestral musicians.

Sforzini’s acclaimed Concerto for Clarinet and Bassoon debuted in 2018.

The Alabama native served as principal bassoon of the Florida Orchestra from 1992 to 2007. He was artistic director of the prestigious Encore Series of chamber music at the Palladium Theater for several years, and co-founded FloriMezzo in 2003, serving as its artistic director for five years. In addition, he was Music Director of the Pinellas Youth Symphony, and a composer-mentor for Hillsborough County Schools.

His passion for opera was re-kindled in 2005, when he was invited to guest-conduct a one-time production of Madama Butterfly at the Palladium Theater.

The show sold out, and turned out to be a transformative experience for the audience, for the singers and musicians – and for Mark Sforzini.

“When I conducted that, I just felt like I was supposed to be doing opera,” he recalled. “It was just a very strong gut feeling.”

Far from resting on his considerable laurels, Sforzini continues to stretch, to test the boundaries of what an opera company can and should be. Each season brings several lavishly-staged and fully-orchestrated productions of classic operas, plus pops and cabaret shows, a children’s introduction to opera, seasonal showcases and other vastly entertaining offerings.

Recently added to the mix: Creative Collaborations, a one-of-a-kind concert event in which musicians who might not normally perform together do so, in new and sometimes unprecedented configurations. In the spring of 2019, Creative Collaborations included a bassoon quartet, a double bass and banjo duet, a piano and violin duet and a staged performance –with Maestro Sforzini conducting – of Stravinsky’s multi-disciplinary work A Soldier’s Tale, blending a small orchestra, acting, narration and dance.

In addition to his duties as St. Pete Opera’s executive and artistic director, chief visionary, arranger and conductor, Maestro Sforzini is in demand as an adjudicator, clinician and chamber music coach. Since 2012, he has been music director and conductor of the Tampa Bay Symphony, and established a Call for Scores Competition to promote 21st century works by composers around the world.

Mark Sforzini was chosen by Musical America as one of 30 international industry professionals as a “Profile in Courage.” These top industry leaders have “taken a risk, spoken out where others were silent – all to the measurable benefit of their arts organizations and the field.” 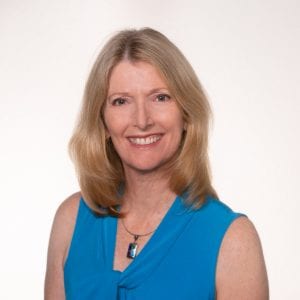 Eileen is a St. Petersburg native, and takes particular pride in what she calls “the cultural flowering of my beautiful town; it’s very exciting to me to see the renaissance of this city that has come about in the last decade, especially in the arts, and St. Pete Opera is a big part of that rebirth.” When she’s not working with her team to make sure operations run smoothly at SPO, Eileen and her husband enjoy going to the theater, the symphony – and, of course, the opera. “I love to read, ride my bike and explore my neighborhood,” she explains. “I live close to Opera Central!”

Eileen’s quote: I grew up listening to opera on my father’s 78 records – he was a big Caruso fan – and we children had our own recordings of Hansel and Gretel and Peter and the Wolf. I still love the prayer duet from Hansel and Gretel. I’ve attended many opera performances, but I would say that I still have a lot to learn, and I look forward to the journey. 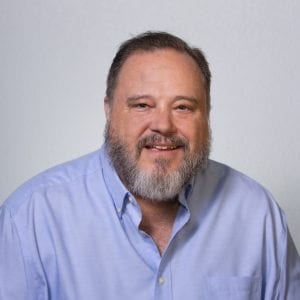 A multi-talented multi-tasker, Michael is the liaison between our artists, their managers and agents, and the St. Pete Opera organization. It is a challenging and crucial position. He administrates and proctors our annual auditions, in New York City and in St. Petersburg, negotiates and writes artist contracts and keeps their needs met and their best interests served. The native of lower Michigan arrived in Tampa Bay in 1984, and joined SPO in 2012. Michael is a gourmet cook who spent 25 years in the wine business. “Good wine and good food are still constants in my life,” he says. “And travel – I love to travel!”

Michael’s quote: Opera, to me, is the ultimate theater, and working with astonishingly talented artists has inspired me to love opera even more. As an audience member, I get to enjoy the show; as someone behind the scenes, I get to learn how it all comes together. I remember what a breakthrough it was for me to learn that it’s okay to laugh out loud at an opera! 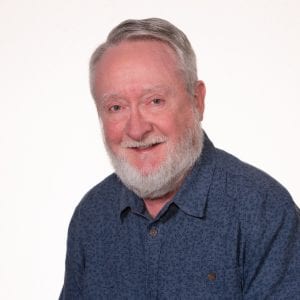 What doesn’t Karl do for SPO? Here’s a cross-section of his job description: Coordinating production schedules, orchestral personnel, finding production personnel, preparing/translating projected translations, writing program synopses, preparing costume size sheets for designers … he’s also an accomplished stage director (Il Trovatore, La Boheme, Faust, Don Giovanni and many more), a singer and a serious student, scholar and aficionado of opera. Karl joined our family for the 2013 production of Aridadne Auf Naxos, as the German language coach and in the role of Haushofmeister, in 2013. And he’s been a key component in making SPO run ever since.

Karl’s quote: Opera is storytelling. It is an art form with 400 years of variety.  If anyone says, “I don’t like opera,” my response is “Which one?” There’s too much variety for that to be an acceptable blanket statement. Maestro Sforzini’s vision in establishing the company’s unique profile – fitting grand opera and classic American musicals into the Palladium with the best available vocal artists, musicians, designers and production staff – continues to set and meet higher standards each season. 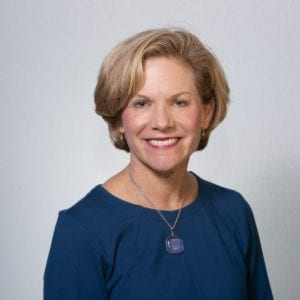 She’s the 2019-2020’s season’s liaison between our gifted out-of-town artists and the gracious hosts who open their homes to them while they’re working on a SPO production. Everyone has to stay somewhere! A longtime fan and patron of our beloved organization, Susan – a bay area resident since 2001 – will be a key member of the team moving forward. “SPO thrives, in part, because of the repeated generosity of these valued hosts,” she says. “It is an integral, much appreciated gift they provide to the company.”