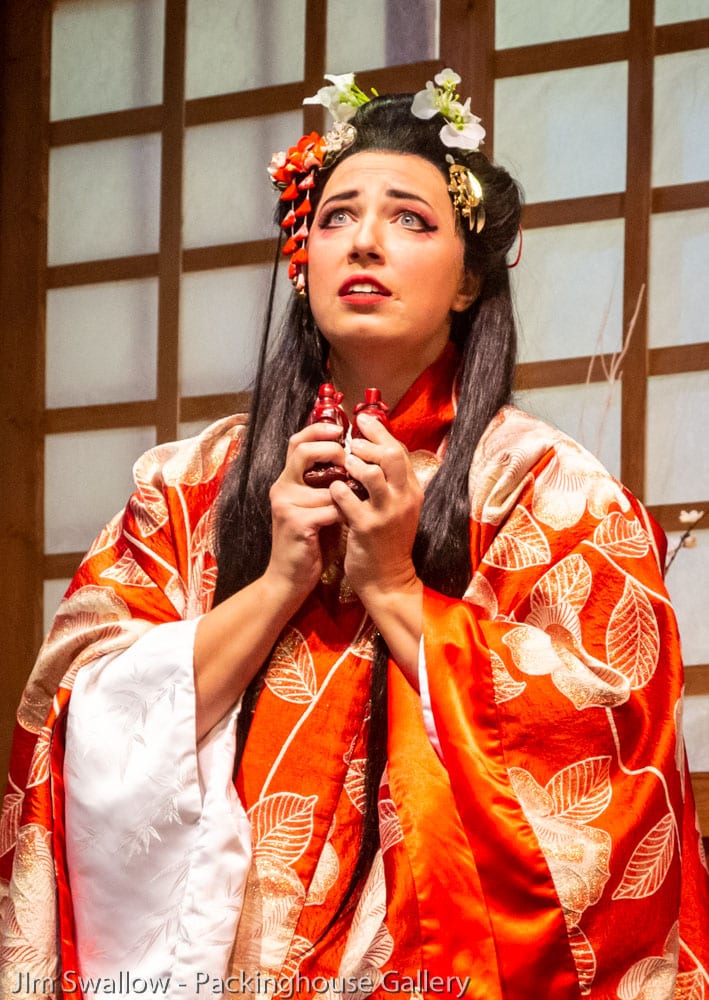 In the other St. Petersburg – the one in Russia – the local music critic praised Zoya Gramagin as “a true Verdian soprano, [with] fascinating richness of the voice and fiery musicality.” The native of Moscow who sings spinto dramatic repertoire with warm, inviting Slavic colors has drawn praise since her first full production, in The Tsar’s Bride with the Moscow Youth Symphony Orchestra, at the age of 18.

Zoya, who brings passion and delicacy to the role of Cio-Cio San (Butterfly) in our production of Puccini’s Madama Butterfly, was a teen soloist with the legendary ensemble Cantabile. “Like many Russian kids, I went to music school when I was little,” she says. “My mother is a viola player, and she teaches violin. I went to school where she taught, so I was exposed to music at a young age.”

As a teen, she sang in competitions and recitals, but, remembering her mother’s struggles, didn’t really think of music as a career. She went to college and earned degrees in finance and marketing. “I loved to sing, I was very good at it, but I didn’t have a dream, honestly, of being an opera singer at the beginning,” Zoya explains. She worked for several years as a marketing director.

She and her husband came to the USA in 2008, and Zoya went back to school, pursuing – and receiving – an MBA.

That’s when everything changed.
“I just decided I didn’t want to do it any more,” she explains. “I got tired of all the counting, and the economics and everything. And my husband said ‘OK, I will support you if you want to do another career – just do it right now.'”

She was accepted into New York’s Mannes School of Music – The New School, where her intensive training included musical diction lessons in numerous languages. In May 2015 she made her Carnegie Hall debut singing Amelia in Verdi’s Un Ballo in Maschera, for a New York Lyric Opera gala.

This is her first time performing Madama Butterfly, as well as her first time in St. Petersburg (the American one).
“I studied the role before coming here, but there was a lot that I learned from my colleagues – like Sahoko Sato Timpon, for example, who is Japanese, I had so many questions to ask. The interesting thing was that my second language at school was Japanese. So I had a little background of Japan as a country, and what the customs are.

“But Sahoko explained so much more to me. And she said ‘Everything is right, everything you are saying about geishas and culture … but Butterfly was different from all of that!’ And that gave me a different angle to look at the whole plot.”
Select seating for Madama Butterfly – with performances June 21, 23, 25, 28 and 30 – is available. You can also purchase tickets by calling the box office at 727-823-2040.