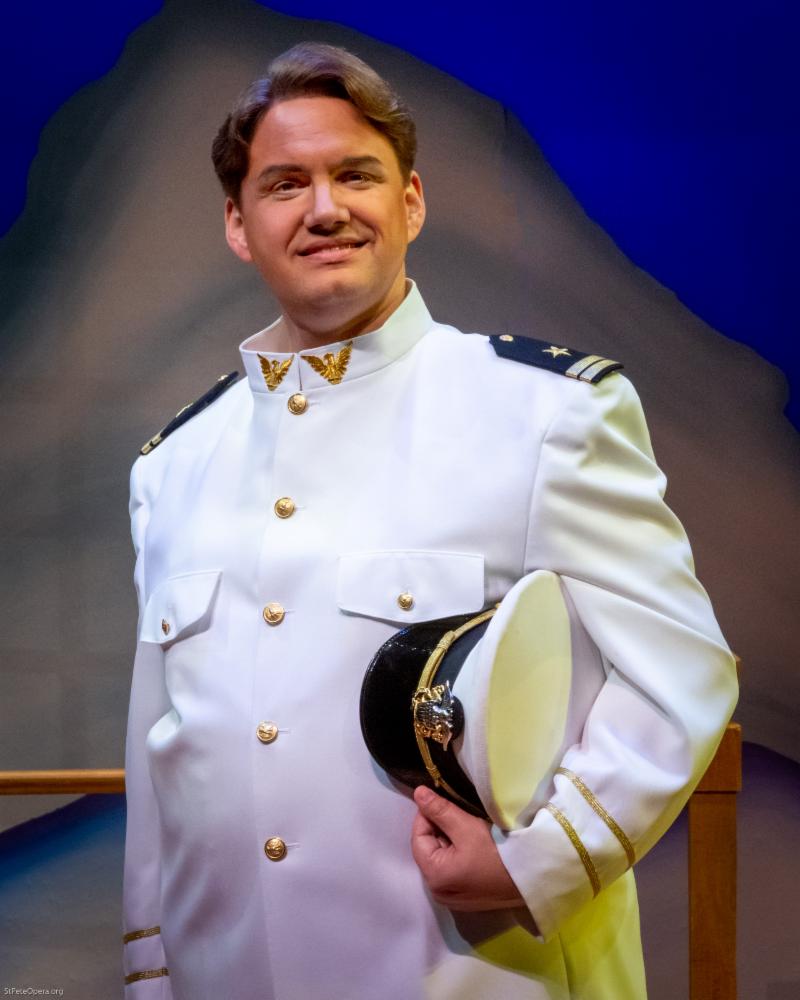 Anyone who caught Samuel Hall’s performance last season in the St. Petersburg Opera Company production of Faust will remember his rich, warm and commanding tenor in the devil-dealing title role. Sam brings the same emotional intensity to his portrayal of B.F. Pinkerton in Madama Butterfly, opening this Friday at The Palladium Theatre.

Incredibly, we were very nearly denied Sam’s gifts. Although he’d sung in school in his native Ohio, and spent two years as a voice performance student at New York’s Eastman School of Music, he put his musical ambitions on a back burner and returned to Columbus. There, he got married, earned a degree in computer technology and proceeded to spend the next 21 years as a self-professed “cubicle jockey” – designing, maintaining and repairing computer systems for a variety of companies. He sang in church.
On a whim, he auditioned for a local “Opera Idol” competition and reached the semifinals. And suddenly, singing opera began to look like a lot more fun that tinkering with computers.

Sam began to sing with smaller opera companies in Columbus and Dayton, first as a chorus member. “I remember sitting there in the auditorium, watching the principals rehearse Lucia di Lammermoor, and thinking ‘You know, I could do that.’ Of course, you say that, but you don’t realize what all is involved.”
He began taking lessons again, and as his technique improved, the roles began to come his way.

Sam and his wife moved to the bay area, and he first appeared with SPO in 2015, covering Calaf in Turandot; a year later he got into the Sarasota Opera Apprenticeship Program. “That’s when I quit my day job,” he says. “Financially, it was a terrible decision. But there’s so much more in this world than finances. And I have never been happier.”

As for Madama Butterfly, “The music feels really good in my voice,” Sam explains. “And so I’m having a really great time singing it.”

Playing Pinkerton, his skills as an actor are being challenged – in a good way. “He’s one of the most hated characters in opera,” says Sam. “Because he’s so oblivious at the beginning, and so flippant. He just doesn’t really seem to view Butterfly, or even her relatives, as real people. The whole thing, to him, is a caricature.

“And that’s a real 180 from my own personality. It’s been a real interesting challenge to try to get inside his head, and make him a three-dimensional character. As opposed to just playing him as not a nice guy. They say that no character believes they’re the villain in their own story.”