On the Town: How Opera Singers Prepare for a Masterpiece Show 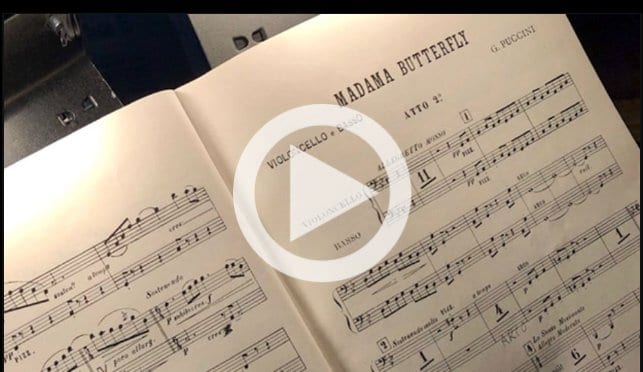 Bay News 9 Reports in ST PETERSBURG, Fla. —  Singers can use their voices as their instruments and opera singers in St. Petersburg are preparing for the tragic masterpiece “Madama Butterfly.”

The St. Pete Opera draws curiosity about the kind of tea they have to drink in order to reach high pitched notes.

You don’t have to know a lot about opera to hear how heavenly high these voices go in rehearsal for Madama Butterfly.

“High notes are what the tenors live for,” tenor Samuel Hall said. Hall will be portraying a U.S servicemen, Pinkerton, stationed in Japan.

“This opera for sopranos is considered one of the hardest ones to perform because it’s a long role you are on stage all night,” soprano Zoya Gramagine said.

She will be portraying the Geishsa who loves him.

Gramagine explains how she’s able to maintain her vocal chords for a marathon masterpiece.

“Some ginger lemon tea whenever I have a chance to drink something warm,” she said.

But she soon picked up a new trick from a fellow performer during rehearsals here at the Palladium.

“He said like coconut water. was not a fan of coconut water, but it keeps you so well hydrated, so that’s my trick. At least I found it for myself,” she said.

As for Hall, tea is also on the menu.

“There’s a tea called Throat Coat that I love. I know it!! Yes! It’s got slippery elm and licorice,” Hall said.

But besides the beverages that help with their singing is a good night’s rest “And a humidifier on the bedside table,” Hall said.

Even with the amount of humidity on the St. Pete stage.

Fans can listen to their voices in Madama Butterfly Friday through Sunday at the Palladium, located in downtown St. Petersburg.

There will be five performances in Italian, with translations on a screen above the stage.